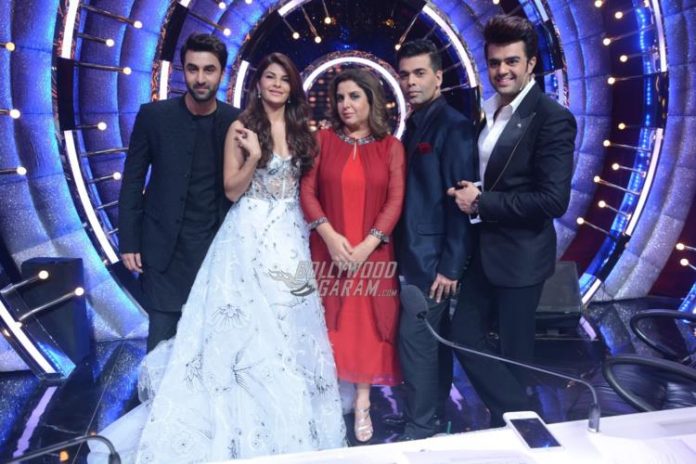 Bollywood’s most eligible bachelor Ranbir Kapoor promoted his upcoming movie ‘Ae Dil Hai Mushkil’ on the sets of the celebrity dance show ‘Jhalak Dikhhla Jaa’ in Mumbai on October 17, 2016. Ranbir made the most of his presence on the show and interacted with the audience and the contestants.

The show is judged by Jacqueline Fernandez, Karan Johar and Farah Khan and is hosted by Manish Paul.

Ranbir had a great time with the contestants as well as the host Manish Paul, with whom he was seen shaking a leg on the dance floor.