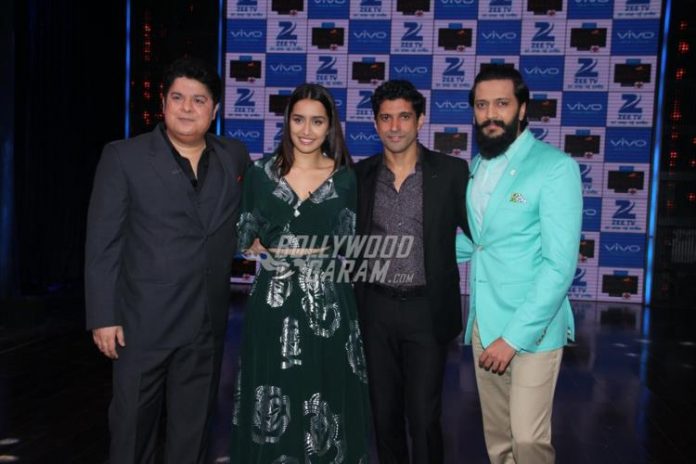 Actors Shraddha Kapoor and Farhan Akhtar promoted their upcoming movie ‘Rock On 2’ on the sets of Riteish Deshmukh and Sajid Khan’s show ‘Yaadon Ki Baraat’ in Mumbai on October 23, 2016. Farhan and Shraddha are preparing for the much awaited sequel of ‘Rock On’.

The sequel is directed by Shujaat Saudagar and produced by Farhan and Riteish Sidhwani. The music for the film has been composed by Shankar-Ehsaan-Loy.

The movie also stars Arjun Rampal, Purab Kohli and Shashank Arora and is all set to hit the theatres on November 11, 2016.