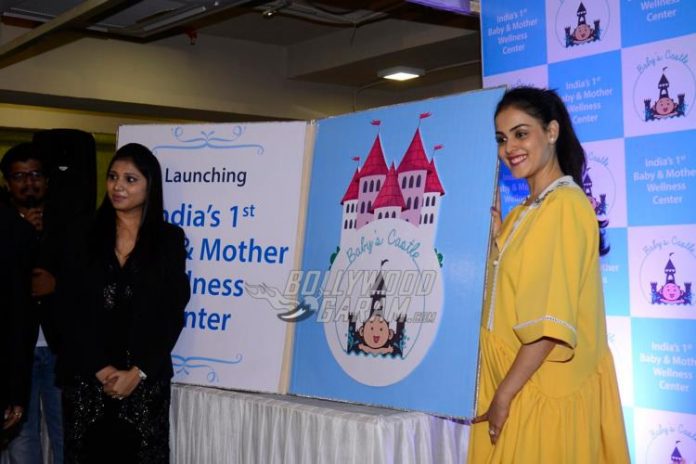 Bollywood actress Genelia D’Souza, who is now a proud mother to two sons Riaan and Rahyl, launched the ‘Baby and Mother Wellness Centre’ at an event in Mumbai on November 23, 2016. The ‘Tujhe Meri Kasam’ actress appeared in a yellow outfit and interacted with the media.

Genelia did not mind posing barefoot for the shutterbugs as it was a baby wellness centre and maintaining hygiene was important.

On the work front, it is not clear when she will be back to films but has made a cameo appearance in the movie ‘Force 2’ which stars John Abraham and Sonakshi Sinha.