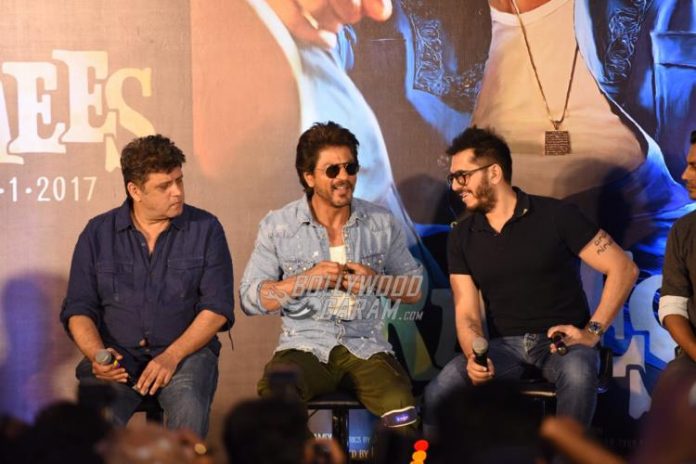 Bollywood star Shahrukh Khan launched the trailer of his much awaited movie ‘Raees’ at an event in Mumbai on December 7, 2016. ‘Raees’ is a flick that will show the audience Shahrukh shed his image of a romantic hero.

Shahrukh will be seen playing the role of a gangster. The launch event saw Shahrukh at his casual best and interacted with the media. The event also saw the presence of co-producer Ritesh Sidhwani.

The movie is directed by Rahul Dholakia and is all set to hit the theatres on January 25, 2017.