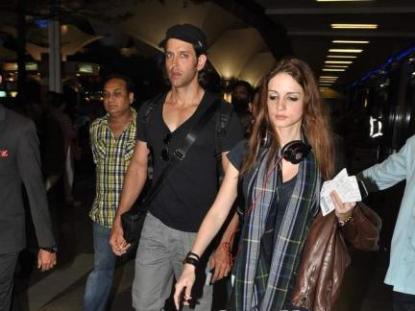 As soon as the news about Yash Chopra’s passing away broke, most people from the industry rushed to pay their respects to the veteran. Roshan got the news when he was shooting in Switzerland and according to reports, the actor was shattered.

The Roshans have been very close to the Chopra siblings Aditya and Uday, so it was natural for Hrithik to be with his close friend Uday. Not many people were aware that the name of the movie ‘Darr’ was influenced by Hrithik, who had once made an amateur movie of the same name.

On hearing of Chopra’s death, Roshan immediately cancelled his shoot and his stay abroad, which was also to include birthday plans for his mother; he packed his bags and rushed to Mumbai. Reports revealed that the actor had just shot on the Yash Chopra train in Switzerland and broke down as soon as he got the sad news. The entire Roshan family currently is in Switzerland.