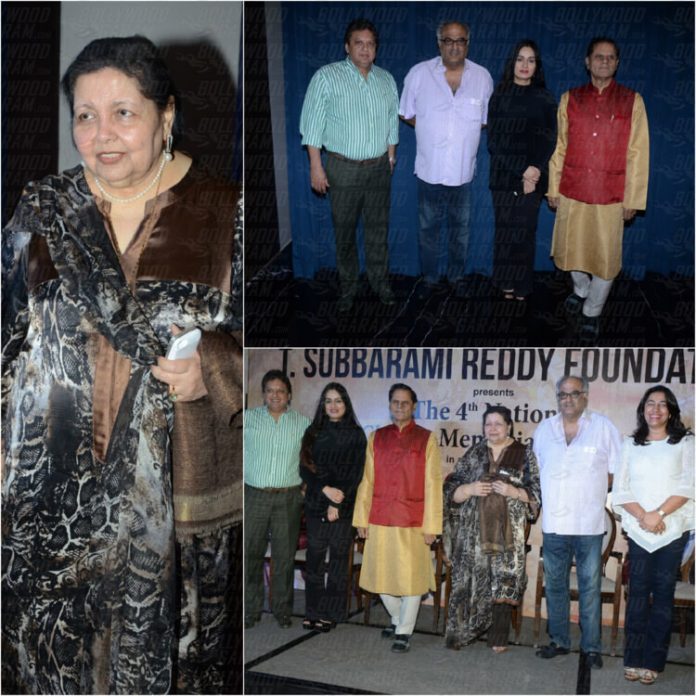 Yash Chopra Memorial Award is a very prestigious Award for all the Bollywood Actors and I’m sure everyone would want to have this honor on them at least once in their lifetime! The award jury comprised of Yash Chopra’s wife Pamela, Director Boney Kapoor, Simi Garewal, Padmini Kohlapuri and Subbarami Reddy this year.

Superstar Shah Rukh Khan was a part of some of the biggest hits by filmmaker Yash Chopra and now he has been selected for the award instituted in the memory of late Bollywood legend, Mr. Yash Chopra.

Here are some exclusive Bollywood Garam pictures from the Press Conference held on December 19, 2016.