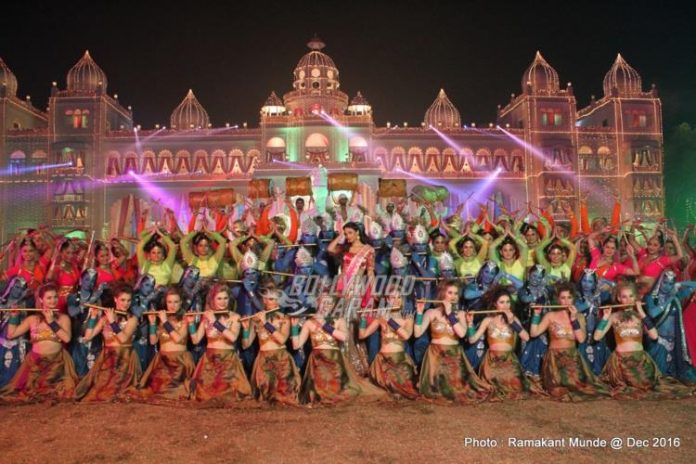 Indian actress Daisy Shah was snapped shooting for a lavish song from the upcoming movie ‘Ramratan’ in Mumbai on December 25, 2016. The movie stars Daisy and Rishi Bhutani and the song was being shot on a lavish palace with more than 300 junior dancers.

Daisy was shooting for a romantic track in a festival. The actress looked pretty in a golden and pink leghenga.

The movie ‘Ramratan’ is produced under the banner of ‘Sab Star Movies’ and is directed by Govind Sakaria.