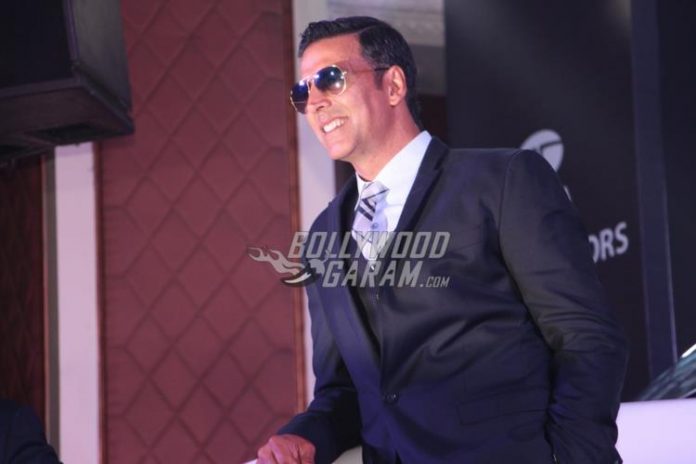 Bollywood star Akshay Kumar was present at the launch event of the new Xenon YODHA by Tata Motors in Mumbai on January 3, 2016. Kumar has been appointed as the brand ambassador of Tata Motors.

The new Xenon YODHA has been launched at a starting price of Rs. 6.05 lakh. The ‘Khiladi’ star looked dapper in a black suit and shaded pair of glares. The launch event also saw the presence of Tata Motors Executive Director Commercial Vehicles Ravi Pisharody.

On the work front, the actor is preparing for the release of the upcoming movie ‘Jolly LLB 2’ which also stars Huma Qureshi.