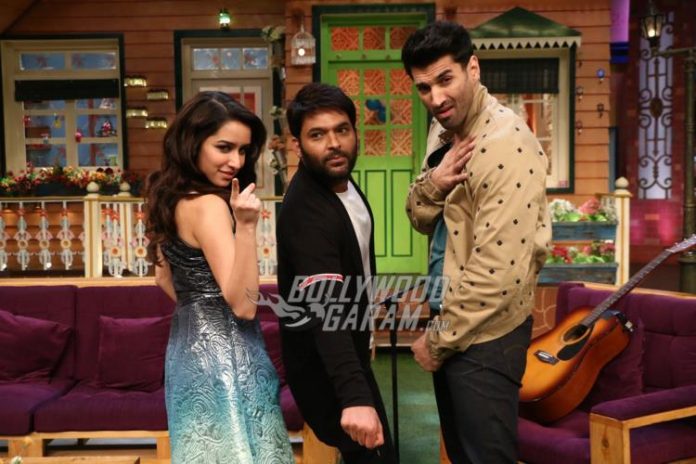 Actors Shraddha Kapoor and Aditya Roy Kapur promoted their upcoming movie ‘OK Jaanu’ on the sets of The Kapil Sharma Show in Mumbai on January 3, 2017. Shraddha looked great in a blue monochrome outfit while Aditya appeared in a casual t-shirt, trousers and a jacket.

The movie is directed by Shaad Ali and is jointly produced by Mani Ratnam, Karan Johar, Apoorva Mehta and Hiroo Yash Johar. The story of the movie is about a young couple in a live-in relationship in the city of Mumbai.