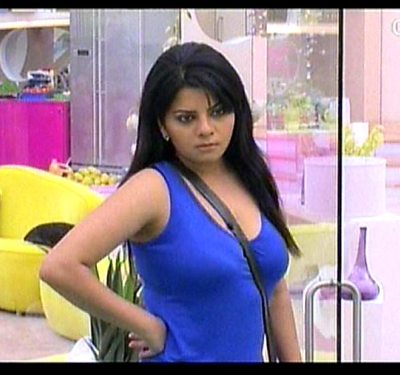 After heavy campaigning for the captaincy of the house of Bigg Boss 5, actress Shraddha Sharma has been chosen as the captain of the house. This may have come as a surprise for the viewers as Sharma in the recent days hasn’t got along well with the housemates.

While giving the reason, most of the contestants had said that Shraddha is very predictable and emotionally controlled, while Pooja Misrra cannot be predicted and is not capable of being the captain of the house. Shraddha won the majority with six votes in her favor.

Earlier, Bigg Boss had asked Pooja Misrra to nominate two names for the captaincy of the house, after which Pooja had nominated herself and Shraddha for the captaincy. Pooja has lost the battle of captaincy as she had locked horns with many of the inmates in recent days including Juhi Parmar, Amar Upadhyay and Akashdeep Saigal. Juhi Parmar was the latest inmate with whom Pooja had a minor spat.