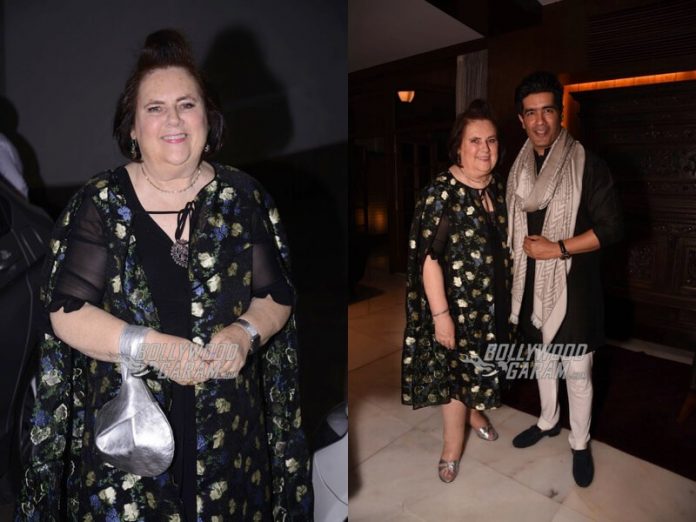 British fashion critic Suzy Menkes was given a grand welcome in India by celebrity fashion designer Manish Malhotra. The grand private party hosted by Manish was attended by several Bollywood celebrities and socialites.

OBE Suzy Menkes is currently the international editor for 19 international editions of Vogue Magazine Online and was the former editor of the International Herald Tribune. She chose to kickstart her new year with a 5 day long trip to India after which she’s off to Florence to meet Tommy Hilfiger.

So far, the iconic fashion editor has caught up with Vogue India team over lunch and has visited stores of multiple fashion designers including – Payal Khandwala, Sabyasachi Mukherjee, Karishma Swali, Monica Shah of Jade, and Manish Arora. She’s in Mumbai to promote the Conde Nast International Luxury Conference 2017, which will be held in April.

Check out what your favorite stars were up to at Manish Malhotra’s party, celebrating Suzy Menkes –

We hope you enjoyed the gallery! Stay tuned for exclusive Bollywood fashion updates only on Bollywood Garam.