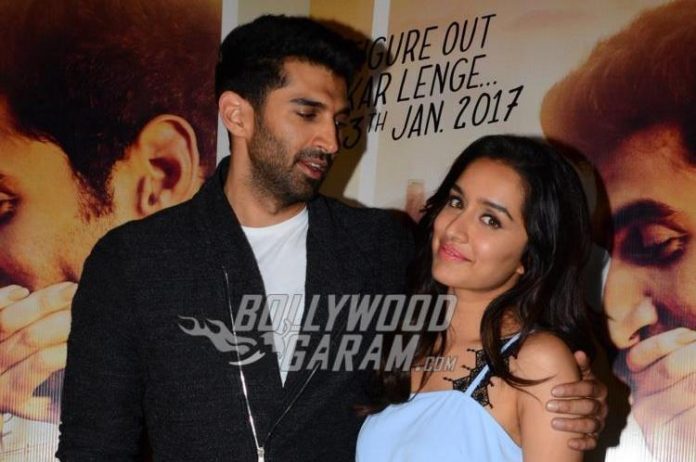 After tireless days of events and promotions, the much awaited movie Ok Jaanu has finally released today! Check out the entire gallery of Shraddha Kapoor and Aditya Roy Kapur promoting their upcoming film all through December.

After ‘Saathiya’, Director Shaad Ali has come up with another romantic treat with a modern twist. The official remake of Tamil movie ‘Ok Janmani’ has Aditya and Shraddha playing the role of a couple, crazy about each other, who eventually decide to live-in together.

The story has Adi and Tara played by Aditya and Shraddha respectively, who are career oriented and decided to live-in before they leave abroad to pursue their respective careers in two different directions. Despite its genre, the screenplay of the movie has managed to keep the interest intact as it has been retained from the Tamil version. Some of the great moments have been picked up from ‘Ok Kanmani’.

Shraddha, who has stepped in the shoes of Nitya Menon, has done fair justice to the role but there might be a few instances where one can be forced to compare the two. As for the role of the director, a part of the audience can be disappointed provided the work he has done before with ‘Saathiya’ which was no less than its Tamil version ‘Alaipayuthey’. There are pretty frames, light moments and not to miss, A.R.Rehman’s songs along with the background score. Despite all the pros, the movie has not lived up to the expectations of non-stop magic and romance.

Seems like, Aditya and Shraddha could not get much scope in terms of showing off their skills as they had to just replicate the Tamil version. Those who have already seen the Tamil version can be left disappointed and bored as they know exactly what’s coming next.

Another point that did not work for the Bollywood version is the subject – which is stretched and already talked about before. For the audience ‘Ok Jaanu’ can be watched during the weekend as light entertainment for the ears and heart.