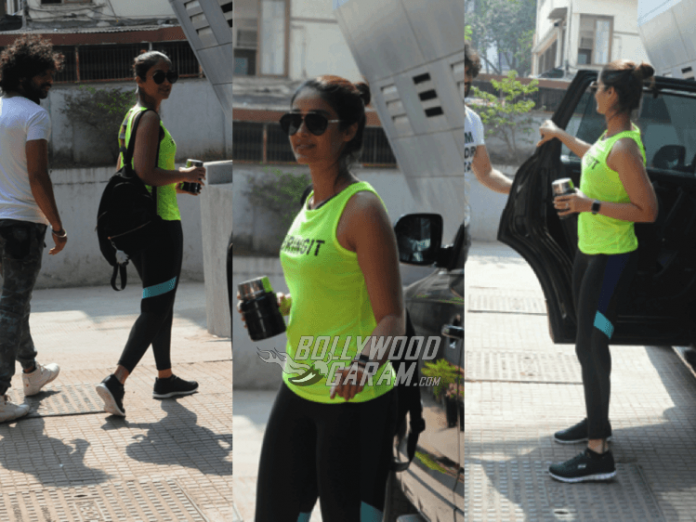 The Rustom actress was snapped heading to dance rehearsal with Bosco for her upcoming film Mubakaran. She was last spotted on January 3, arriving at Mumbai Airport.

Check out all the full gallery here –

Mubarakan is a romantic comedy film, written and directed by Anees Bazmee and produced by Murad Khetani, Ashwin Varde and Siddharth Roy Kapur.

The movie stars Anil Kapoor, Arjun kapoor, Illeana D’Cruz and Athiya Shetty along with Illeana D’cruz in lead roles. The movie revolves around the story of an eligible bachelor, played by Arjun Kapoor, who is confused between two girls and the confusion that ensues thereafter.

Real life uncle-nephew, Anil Kapoor and Arjun Kapoor will be seen sharing screen space together for the first time and co-incidentally play the role of uncle – nephew in the movie too!

We hope you enjoyed our exclusive Illeana D’cruz gallery, stay tuned on Bollywood Garam for updates on the hottest celebrities around town!