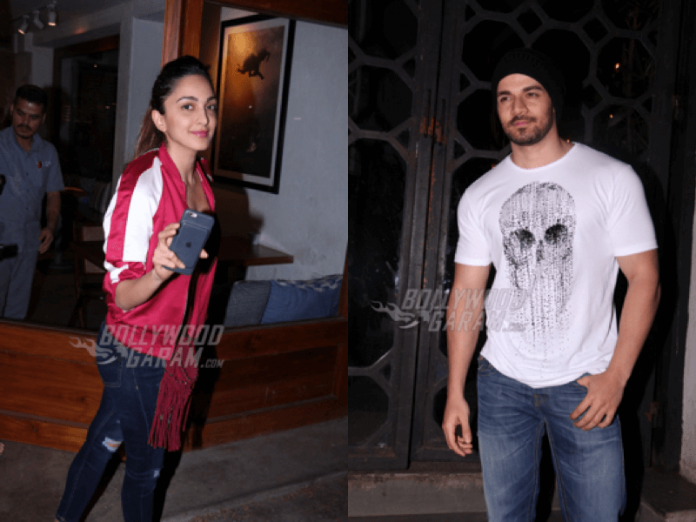 Sooraj Pancholi and rumored girlfriend Kiara Advani were snapped in Bandra at a restaurant enjoying a cozy evening together on January 9,2017. Check out all the clicks below –

Kiara Advani, who made her debut with Fugly in 2014 is currently working on her upcoming film Machine, starring opposite Mustafa Burmawalla. The release date for this movie is yet to be announced.

Both the actors are currently enjoying the success of their latest film together – M.S. Dhoni – The Untold Story which made a record breaking box office collection last year.

Sooraj Pancholi played a leading role in the movie Hero which was his debut film and a Super hit movie. It had a famous song “Main Hoon Hero Tera” sung by Salman Khan which was his first song in his Bollywood career and became a super hit song.

Sooraj Pancholi has couple of movies releasing in the month of January 2017 such as Kaabil in which he shares screen space with Hrithik Roshan and Raees in which he will be seen alongside Shah Rukh Khan. Sooraj Pancholi will also be on screen with Akshay Kumar in his upcoming movie Jolly LLB 2.

We hope you enjoyed this exclusive gallery. Stay tuned for Garam updates on the alleged love-birds!