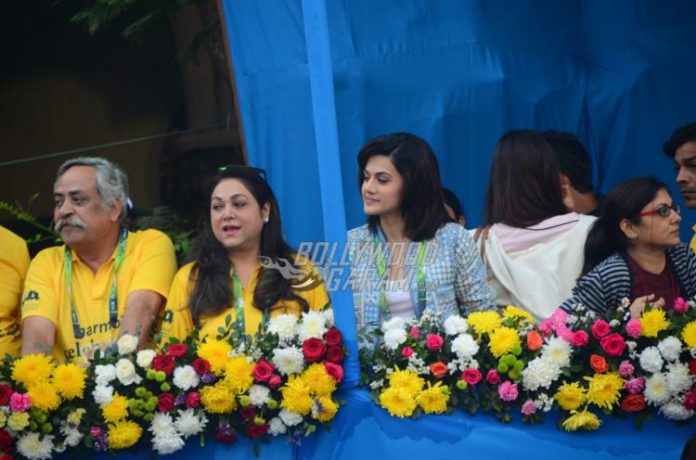 The Marathon began during the early hours of Sunday morning and saw some world-class athletes compete for the grand prize. The event not just saw celebrities from Bollywood but also many people from the corporate world.

John was seen felicitating the winners of the Half Marathon. Reports say that more than 40,000 runners from different corners of the world took part in the event.

Veteran actresses Juhi Chawla and Sonali Bendre also showed up for the event. Though they didn’t participate in the actual event, their presence was enough to set the crowd into a frenzy.

Model and actor, Milind Soman is a regular feature at marathons, like this one. Not only does he add celebrity to the event, he actually acts as an inspiration for other participants. Apart from his famous good looks, he is also known for his active lifestyle and promoting that among the people as well.