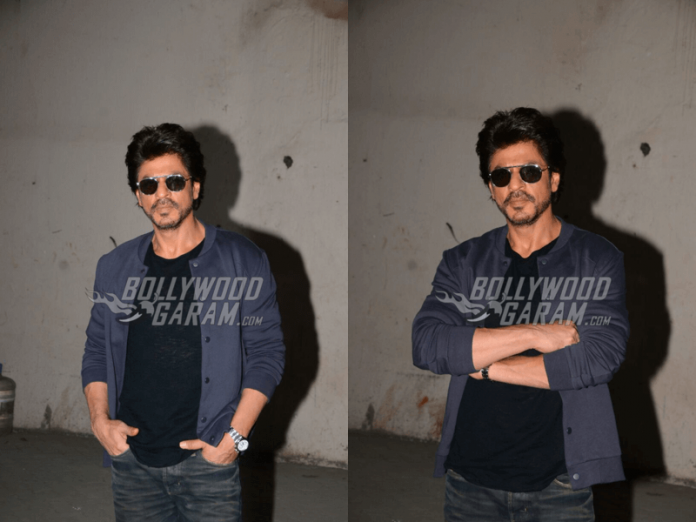 The undisputed Badshah of Bollywood, Shah Rukh Khan was captured exiting a studio today in Mumbai from a promotional event for his upcoming film Raees. SRK has been on a promotional spree off-late and was last spotted shooting an episode of The Kapil Sharma Show yesterday. He attended the shoot along with co-star Nawazuddin Siddiqui and showed off some belly dancing moves, to the song Laila Main Laila, from his upcoming movie.

Trailers and music videos of Raees have already gained a positive response from the audiences and die-hard SRK fans are eagerly awaiting the release of his film on January 25, 2017.

The entire star cast of Raees includes Mahira Khan, Nawazuddin Siddiqui and Farhan Akhtar with the sizzling Sunny Leone in a special appearance, in the song Laila Main Laila.

Shah Rukh’s last movie Dear Zindagi (2016) in which he starred opposite Alia Bhatt, gave a mild performance at the box office and we hope that Raees makes up for it!

Shah Rukh Khan even did a mini impromptu photoshoot for Bollywood Garam today evening, we hope you enjoy the gallery!

We like the navy blue jacket he’s put on towards the evening for the photoshoot!