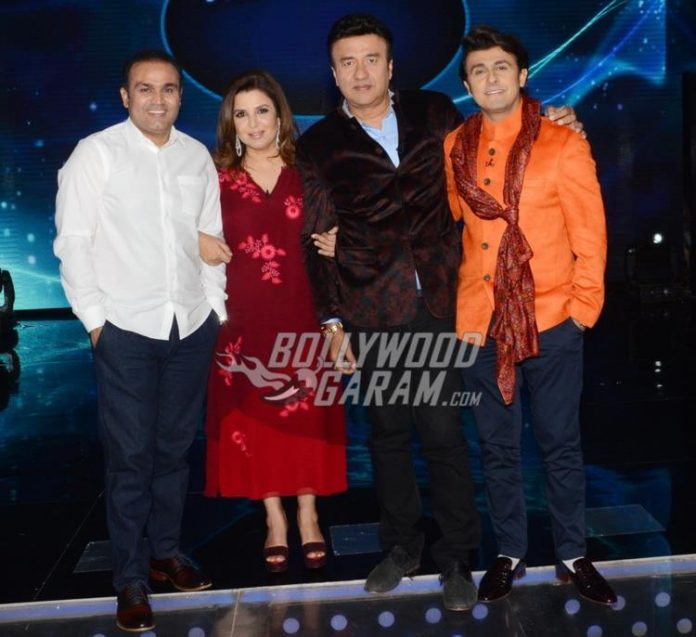 Indian cricketer Virender Sehwag appeared on the show ‘Indian Idol 9’ in Mumbai on January 18, 2017. The cricketer made a guest appearance and interacted with the judges of the show Farah Khan, Anu Malik and Sonu Nigam.

The episode featuring Virender will soon be aired on Sony Entertainment Television. Virender is known for his outstanding batting skills and is these days all over including the commentary box and also has an online show ‘Viru Ke Fundey’.