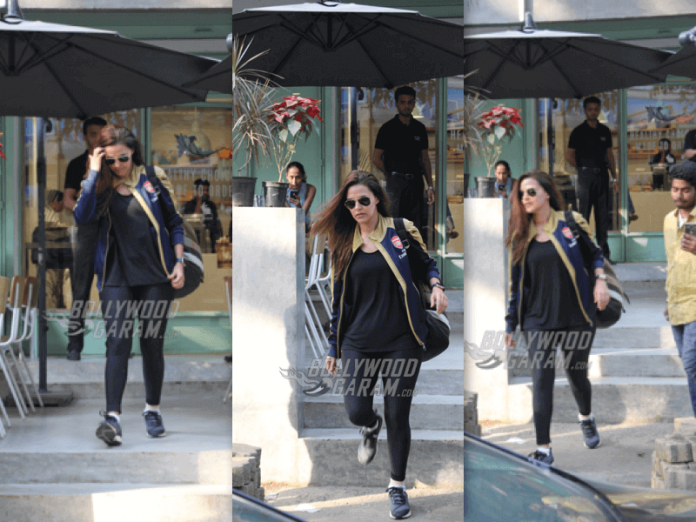 Beauty Queen turned actress and now Podcast host – Neha Dhupia was spotted at a popular cafe in Bandra, Mumbai yesterday by our cameramen as she hurriedly moved to her car from the cafe.

The Actress was last spotted at the Roadies Press Conference held in Ahmedabad on December 1, 2016. On the work front her podcast titled #NoFilterNeha is doing extremely well as she gets her high profile guests to reveal secrets on the show. She was last seen in the movie, Moh Maya Money which releases in December 2016 and was directed by Munish Bhardwaj.

The talk show host was also seen on the last two seasons of the popular show MTV Roadies as a host.

Well now we know for sure that she’s one of those die hard Arsenal Team football fans!

Stay tuned for latest updates on Neha Dhupia only on Bollywood Garam and check out the latest photos from SRK’s Raees photoshoot, that happened today!