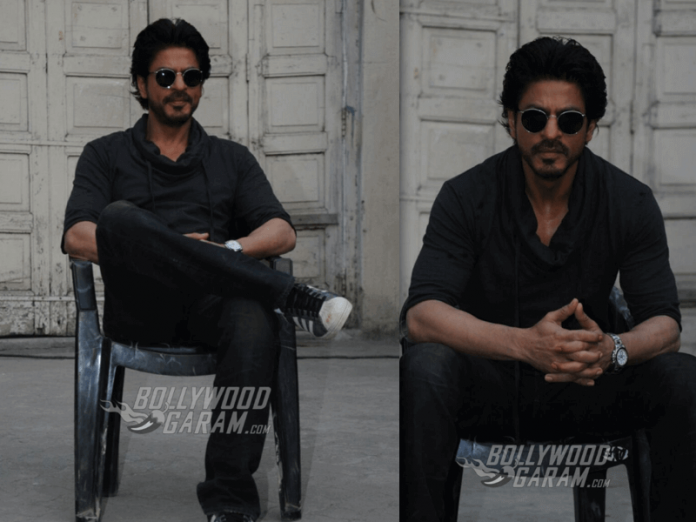 We caught up with Shahrukh Khan today as he did an exclusive photoshoot promoting his look for the upcoming movie Raees. SRK has been busy promoting Raees all through this month and has been spotted at various events and locations including shooting an episode of The Kapil Sharma Show on January 17 and an impromptu photoshoot for us yesterday!

SRK Gives an intense look at the cameras resembling his Character in Raees. He is playing the character of a criminal gangster in the movie.

The story of Raees is said to be based on the life story of gangster Abdul Latif’s life, though the filmmakers denied this, saying that the story of the film is a pure work of fiction and is not based on any person, living or dead.

Our favorite from the photoshoot? This priceless candid picture of Shahrukh Khan!

Raees is a Red Chillies Production and stars Farhan Akhtar, Mahira Khan, Nawazuddin Siddiqui and Sunny Leone in a special appearance in the item song Laila Main Laila. The film releases on January 25, 2017, just in time for the national holiday on January 26.