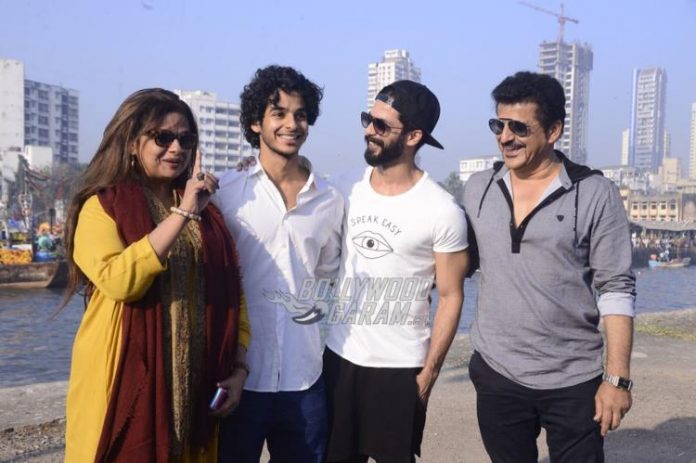 Beyond the Clouds launch event

After several speculations, Shahid Kapoor’s younger brother Ishaan Khattar is all set to make his Bollywood debut. Kapoor is all set to debut with the Bollywood movie ‘Beyond The Clouds’, a film by Majid Majidhi. The makers of the movie launched the film at an event in Mumbai on January 23, 2017.

Academy Award winner A.R.Rahman is on board for music. The launch event saw the presence of brother Shahid Kapoor, mother Neelima Azeem and father Rajesh Khattar. The movie went on floors today on January 23, 2017 and will be shot in Jaipur and Mumbai. The makers of the movie have not yet finalized the leading lady and the hunt is on.

The launch event also saw music maestro Rahman. ‘Beyond The Clouds’ is produced by Zee Studios and Eye Candy Films. Filmmaker Majidi is known for some of the world cinema classics including ‘Baran’, ‘The Songs of Sparrows’, ‘Children of Heaven’ and ‘The Color of Paradise’. This is the second time Majidi will be working with Rahman, as the two earlier worked together for the movie ‘Muhammad: The messenger of God’.

Majidhi at the launch event expressed that he always wanted to make a movie in India. Apart from Ishaan, the launch event also saw the presence of producers Shareen Mantri Kedia and Kishore Arora.

This will be the debut film for Shahid’s little bro, Ishaan. Shahid was recently in the news for the birth of his first child with wife, Mira.