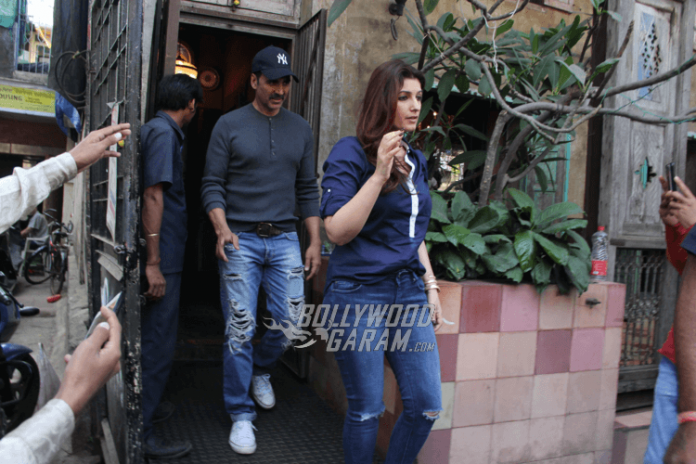 Akshay Kumar and Twinkle Khanna spotted with kids and Dimple Kapadia on a family in Pali Hill, Bandra

Action star of Bollywood Akshay Kumar along with his wife Twinkle Khanna aka Mrs. Funnybones along with kids Aarav, Nitara and Dimple Kapadia were spotted exiting a popular restaurant in Bandra, Mumbai.

The couple was last spotted celebrating their 16th wedding Anniversary on January 17, 2017. Twinkle on their anniversary, posted a video in which they are seen running towards each other and had the caption, “16 years of trying to kill each other and we still haven’t succeeded.

Akshay Kumar will be on screens in the movie named Jolly LLB 2 which is a sequel of JollyLLB. The sequel is a Hindi courtroom comedy drama film written and directed by Subhash Kapoor. The film stars Akshay Kumar and Huma Qureshi. Saurabh shukla would be seen in a special appearance in the sequel alongside Arshad Warsi. Annu kapoor will be the rival lawyer against Akhsay Kumar in this film. Jolly LLB 2 is scheduled to release on 10 February 2017.