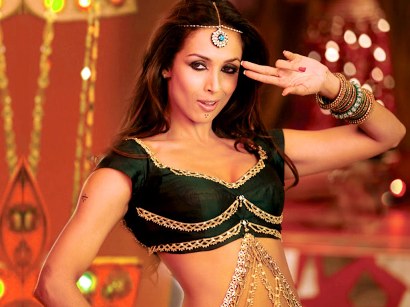 Item girl and actress Malaika Arora created a rage with the blockbuster item song ‘Munni Badnaam Hui’ in the movie ‘Dabangg’ and is now ready to recreate the same magic in the sequel of the movie, named ‘Dabangg 2’.

When asked about her role in the movie, the actress refused to unveil what she will be doing. On November 4, 2012 Malaika was at the Blender’s Pride Fashion Show when she was asked about the details of the movie.

The 39-year-old said, “I am a part of the film, but in what capacity, you will only know once you see the film. So when you watch the film, then you will see me”. Reports say that the mother-of-two recently shot for a song called ‘Pandeyji Seeti Mare’ with her brother-in-law Salman Khan.

Khan will once again be seen playing the role of Chulbul Pandey, while Sonakshi Sinha will play the part of his wife. Malaika also made it clear that she is happy that Kareena Kapoor is a part of the movie, which will be directed by her husband Arbaaz Khan. In the movie, Kareena is rumored to be doing a special song. The movie is all set to hit theaters on December 21, 2012.