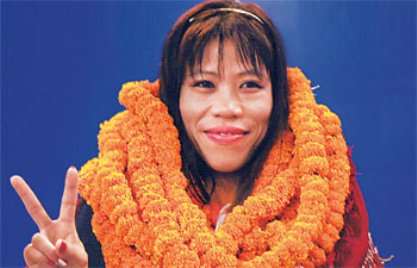 Filmmaker Sanjay Leela Bhansali announced some time ago that he will be producing a biopic on the Olympic medallist Mary Kom. The movie will be directed by debutante Omung Kumar. For a while now, reports were speculating on who would be playing the lead role of the boxer.

The makers of the movie have remained tight-lipped but reports have started surfacing that Priyanka Chopra might be roped in for the role. Some sources even said that Katrina Kaif could be a possible choice as well. People familiar with the production house said that for now Chopra is going through the script, but nothing can be finalized unless she finishes reading it.