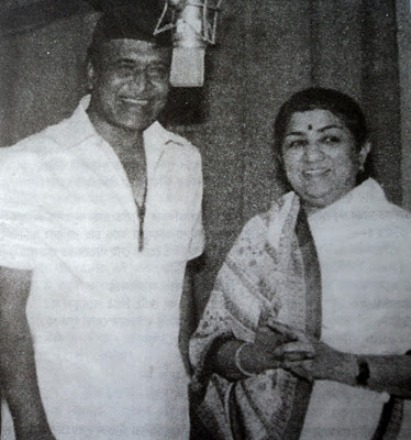 In a shocking revelation, the estranged wife of late singer Bhupen Hazarika said in an interview that her husband had an affair with the melody queen Lata Mangeshkar. Priyamvada Patel spoke with a local channel before the Assamese singer’s first death anniversary.

Priyamvada, in an interview on November 3, 2012 said “Lata started a big affair with him”. Patel even hinted that the ‘Jiya Jale’ singer was one of the reasons why she left the balladeer. The wife of the late singer also went on to reveal that Bhupen and Lata shared one of the three bedrooms in their Tollygunje apartment whenever she came to Kolkata.

The Ottawa based Priyamvada said that the Bharat Ratna awardee was crazy for Bhupen and added, “He told me, Priyam, in India if a musician wants to come up, his songs have to be sung by Lata Mangeshkar. I asked why should you be in the room with her the whole night, he said ketiyaba koribo laage (sometimes you have to do it)”.

Moreover, many people in Assam knew about Lata and Bhupen’s affection for each other, but this is the first time anyone has made the affair public. Even in his autobiography, Bhupen had mentioned the influence a ‘big singer from Mumbai’ had on his life.