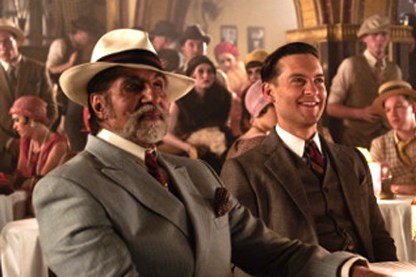 Bollywood superstar Amitabh Bachchan is all set to walk the red carpet next year. The ‘Sholay’ actor will walk alongside Hollywood stars such as Leonardo di Caprio and Tobey Maguire for the premiere of the movie ‘The Great Gatsby’.

The ‘Department’ actor is reportedly very excited about the premiere, which is scheduled for May next year, a week before the release. Bas Luhrmann’s 3-D film is an adaptation of F Scott Fitzgerald’s 1925 novel The Great Gatsby. The ‘Sarkar Raj’ actor revealed that he played his part in the movie as a small gesture and that he cannot talk much about the movie, as the contract binds him.