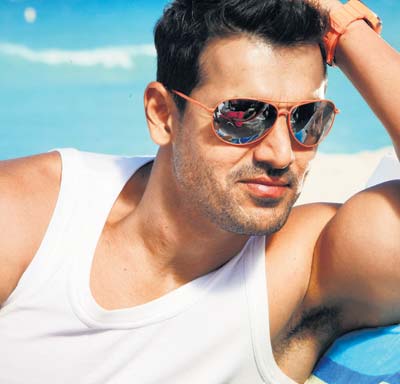 Bollywood actor John Abraham has always been a fitness freak. The ‘Dhoom’ actor has now decided to take his fitness craze a notch higher, by planning to start his own chain of gymnasiums.

Recent reports have claimed that the ‘Water’ actor wants to go a step further and be able to professionally advise people on body building and fitness. John has enrolled himself for a three month course in London, which will certify him as a professional trainer.

Close friends of the ‘Baabul’ star have revealed that he wants to be able to guide health enthusiasts and not just set up a normal gym. The course John will be taking is an intensive one and will require him to be in London for three months.

John’s lady-love Priya Runchal is also in London completing her studies, which means the ‘Kabul Express’ actor will also have some company while he is abroad as well.