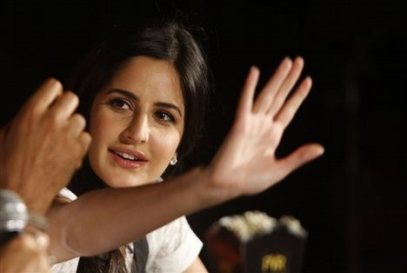 Having a size-zero figure might not be something new for the Indian film industry, but the latest candidate to jump on the weight loss bandwagon is none other than actress Katrina Kaif. The ‘Jab Tak Hai Jaan’ actress lost 5 kilograms in 2 months, for her role in the upcoming action flick ‘Dhoom 3’, made by Yash Raj Films.

The ‘Dhoom’ series has always demanded slim and size-zero figure women, rather than voluptuous beauties, as seen in many romantic flicks. In earlier editions of the movie, actresses like Esha Deol and Aishwarya Rai had to drastically shed weight to fit into their roles.

While talking to reporters, the ‘Race’ actress said that ‘Dhoom 3’ is a tough film to shoot, as it includes lots of action and demands that the actors be extremely fit and agile. However, this isn’t the first time the actress has lost weight.

The ‘Agneepath’ actress had earlier shed weight for her item song ‘Sheila Ki Jawani’, so that she could do belly dancing moves  in the movie ‘Tees Maar Khan’. The weight loss spree began after the ‘Jab Tak Hai Jaan’ shoot wrapped up, approximately two months ago. The actress said that she is going through some hard functional training at present, which she gets into for about 90 minutes everyday.