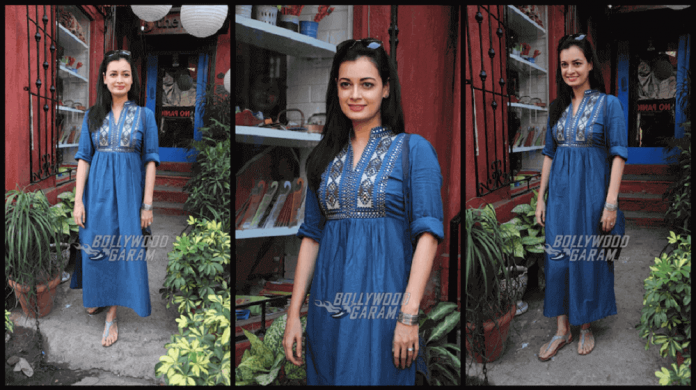 Gorgeous Dia Mirza was caught by the cameras while she was shopping at the Pali Village in Bandra, Mumbai on Sunday January 29, 2017.

The Actress was last spotted at Jatin Kampani’s art and photography event two day earlier on Friday January 27, 2017. The Actress was at the event with husband Sahil Sangha to show support to Kampani who is an acclaimed photographer and a close friend. On the work front, the actress was last seen in the movie ‘Salaam Mumbai’ which was a Persian-Indian movie directed by Ghorban Mohammadpour and was released in November, 2016.