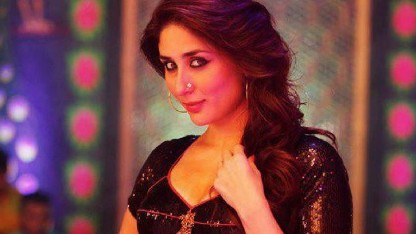 As the nation waits to watch Kareena Kapoor in the upcoming item song from the movie ‘Dabangg 2’, the Bollywood actress revealed that it was her husband Saif Ali Khan who forced her to say yes to the song. Bebo said that Saif reminded her that she is an actor and needs to keep acting.

Saif also told the actress that her job is to entertain the audience and that he wanted her to do the item song for ‘Dabangg 2’. Bebo said, “The song is very sensual and evocative – something the masses will love. Both Saif and I think it will be one of the biggest films this year. It’s a Salman Khan film after all.”

The movie will have two item songs, one is ‘Fevicol’ which has Kareena in the limelight and the other one is ‘Pandeyji Seeti Bajaye’, which has Sonakshi Sinha as well as the ‘Munni Badnaam Hui’ girl Malaika Arora.

Meanwhile, everyone is curious to know about what Kareena has in store with the new item song. The actress has managed to steal hearts with her item songs in the past, with numbers such as ‘Chammal Challo’, ‘Its Rocking’ and ‘Halkat Jawani’. ‘Dabangg 2’ is the sequel to the movie ‘Dabangg’ which will have Sonakshi Sinha and Salman Khan in lead roles.