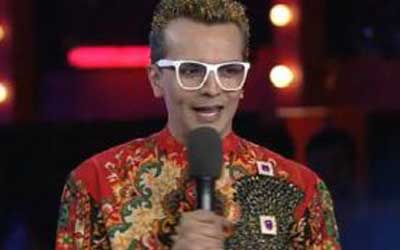 After the dramatic and horrifying exit of Imam Siddique from the house of Bigg Boss 6, the fashion designer is all set to enter the house again. Siddique also apologized to his fans for his behavior before reentering the house.

Siddique said, “With folded hands I would like to apologize for my behavior  I lost my peace of mind, but I request the fans to support me and vote for me”. In the earlier episodes, the fashion designer was seen losing his cool and was thrown out of the house for his unacceptable behavior.

Siddique was seen getting into trouble with Aashka Goradia and Dinesh Lal in the house as well. After the exit of Imam, the two seemed happy with the entry of Jyoti Amge and Santosh Shukla and were just settling back into life at the house. However, the recent reentry of Imam might not be good news for Aashka, who was not comfortable the day the fashion designer was pulled out.

The mud house will also see the entry of item girl Rakhi Sawant, who had been a contestant on an earlier season of the show. In terms of Imam, the makers of the show have always made it clear that there is no room for violence in the house and that was one of the main reasons he was ousted in the first place.