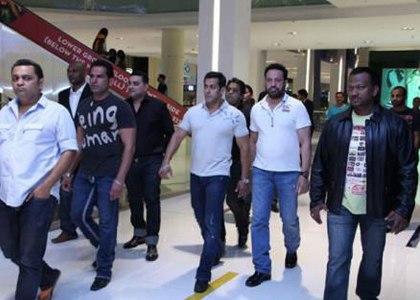 Bollywood actor Salman Khan is known for being a generous and a caring celebrity at times. Recently, the actor along with his crew finished shooting for the soon-to-be released movie ‘Dabangg 2’, after which he treated his crew members by taking them out for a round of shopping and paying for all their bills.

The crew of 10 to 15 members wasn’t too surprised with this gesture, as they are accustomed to the ‘Ek Tha Tiger’ star handing down niceties and everyone picked up whatever they wanted. The crew shopped for clothes, watches, belts, shoes and more. After a point Salman too joined in and picked up a few things for himself as well. The bill reportedly rand into a few lakhs, but Salman did not hesitate to pay for anyone.