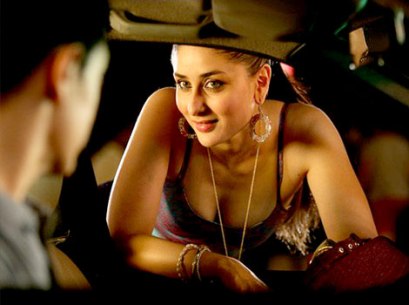 After ‘Chameli’, Bollywood actress Kareena Kapoor will once again be seen in the role of a sex worker in the upcoming movie ‘Talaash’, starring Rani Mukjherjee and Aamir Khan. Bebo described it as being the most sensitive and the most powerful role that she has attempted.

While talking about the role, the ‘Jab We Met’ actress said that she plays a very deep character and hopes that she achieved a sensitive performance. Kareena also said that her role in ‘Chameli’ cannot be compared with what she has portrayed in ‘Talaash’. The recently married star also said that she agreed to do ‘Talaash’ as it gave her another opportunity to work with Aamir Khan, whose acting skills she admires.