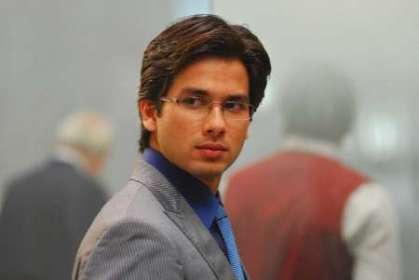 Bollywood actresses have often opted to go under the knife to get sharper features. However, the trend is not limited to just the actresses, but even actors opt for such correction surgeries. Recent reports have claimed that actor Shahid Kapoor has opted for cosmetic surgery as well.

The ‘Jab We Met’ actor has reportedly gone under the knife for the correction of his nose and this was the reason he has been keeping away from the media for a couple of months. The ‘Kaminey’ actor wishes to have a more chiseled nose for his upcoming movie ‘Phata Poster Nikla Hero’.

Even though Shahid has opted for rhinoplasty, he is not the only one to go under the knife. Earlier many Bollywood actors and actress have gone under the knife. Some prominent examples are Ayesha Takia, who was suddenly seen with larger assets, Kareena Kapoor, who got herself a sharper nose and Koena Mitra whose nose job became a mess.

Shahid, in recent times has been longing for a hit and will be seen next in Rajkkumar Santoshi’s ‘Phata Poster Nikla Hero’. Kapoor has been cast opposite South Indian actress Ileana D’Cruz, who debuted opposite Ranbir Kapoor in the movie ‘Barfi’.