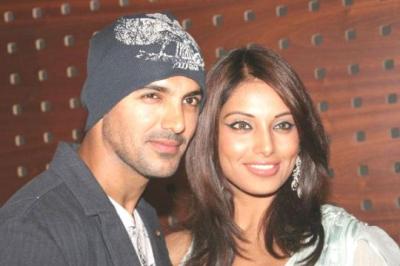 Although both stars are excited to be associated with the high profile event, they are sceptical about sharing the same platform in each other’s presence. Earlier in an interview, John was heard saying that he could not think of sharing screen space with Bipasha at this point.

Before John, Bipasha had a long term relationship with Dino Morea and the two are still good friends after breaking up. However with John, the break up had been anything but amicable. Bipasha was found befriending Salman Khan recently, with whom she had distanced herself after a fallout between the ‘Dabangg 2’ actor and John Abraham.

Now the ‘Raaz’ actress has been found referring to Salman as her ‘very good friend’ and was invited as a special guest to his birthday party on December 26, 2012. Bipasha did not stop at just being the new ambassador for the Celebrity Cricket League at Salman’s request, she also launched her fitness DVD in Big Boss 6, a show hosted by the superstar.