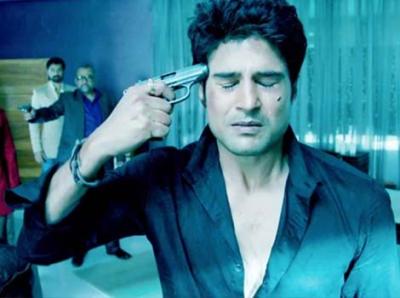 The year 2013 is now upon us and Aditya Datt starts off the year with his directorial effort in ‘Table No. 21’, a Bollywood thriller about a couple who play a game of ‘Tell All Truth’, which eventually leaves them fighting for their lives.

Model-turned-actress Tena Desae puts in a good performance as she takes on the role of Vivaan’s (Rajeev Khandelwal) wife. Rajeev and Tena’s character Siya are a regular middle-class Indian couple who are struggling to make ends meet. Their fate changes though when they win a ticket to the beautiful islands of Fiji, where they have a fully-paid vacation waiting for them.a

Vivaan and Siya are excited at the opportunity to leave their daily life behind them for something exciting as they are privileged to dine at one of Fiji’s finest resorts – Suva. Siya and Vivaan can’t believe their luck when one Mr. Khan (Paresh Rawal) meets them at the resort and offers them a chance to win 21 crores.

There is a catch to winning the 21 crores though, the couple would need to play a game of ‘Tell All Truth’, which they cannot quit midway. After starting off well, the young couple realize that the questions in the game are too heavy to handle and they are now left fighting for their own lives.

Table No. 21 is said to relate to section 21 of the Indian Constitution, which deals with the right to life. There are many in Bollywood who are giving the flick rave reviews as it releases today January 4, 2012 in Mumbai and the rest of India.