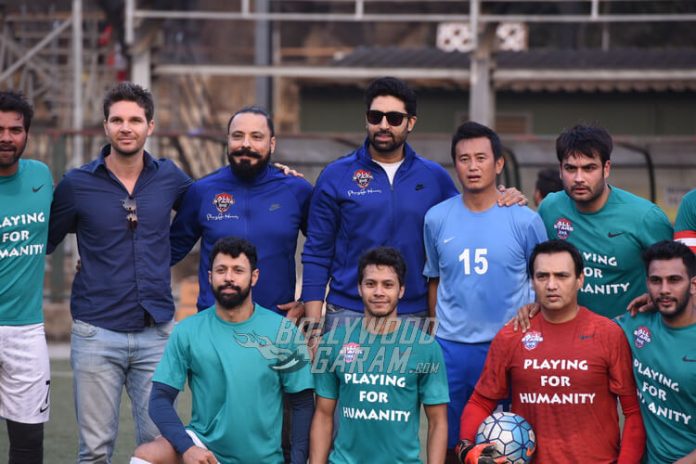 Bollywood actor and football enthusiast Abhishek Bachchan was spotted by Bollywood Garam at the Nike Premiere Cup today afternoon as he kicked off the event in style on February 10, 2017.

Nike Premier Cup is a global soccer project, which was founded in 1993. It is the biggest football tournament in the world, in which every year involving over 9,000 teams in 43 countries.

Abhishek has been away from the screens for quite some time. He was last seen in the movie All Is well in 2015, directed by Umesh Shukla and produced by Bhushan Kumar, Krishan Kumar, Shyam Bajaj and Varun Bajaj and co-produced by Ajay Kapoor. Rishi Kapoor and Supriya Pathak were in the lead roles with Abhishek Bachchan. The film released on 21 August 2015.

We even got a glimpse of Indian football legend Baichung Bhutia on the field! He even showed some of his cool moves for us.

Stay tuned for more updates on your favorite Bollywood celebrities only on Bollywood Garam!