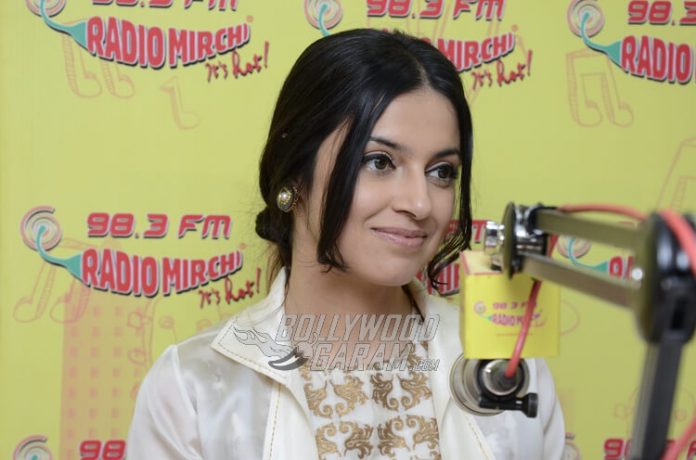 The Gorgeous Divya Khosla Kumar visited the Radio Mirchi office for promotions on February 9, 2017. She looked splendid in a golden on white full length dress, paired with a full length white over coat and nude pumps.

Divya Khosla Kumar is an Indian actress, producer and director. She has directed various advertisements and has also featured in some music videos. She is the wife of Bhushan Kumar, the head of T-Series music label and film production company.

She began her career as an actress in 2004 film Ab Tumhare Hawale Watan Saathiyo. There after, she started directing music videos and advertisements. Divya directed her first directiorial venture Yaariyan in 2014 Starring debut actor Himansh Kholi, Rakul Preet Singh and Nicole Faria in the lead roles. The film was produced by Bhushan Kumar and Krishan Kumar under the banner of T-Series Super Cassettes Industries. The film released on 10 January 2014 with 1200 screens release in India.