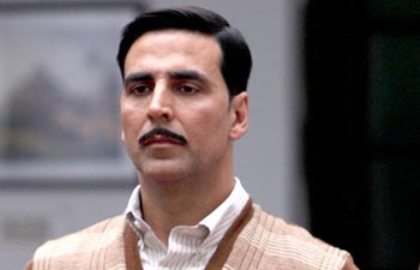 Bollywood actor Akshay Kumar this year has begun work by reducing his remuneration by half. For his first release of 2013, ‘Special Chabbis’, Kumar has decided to work for half the money he usually charges.

In recent times, the ‘Khiladi’ actor has tasted success with his movies like ‘Houseful 2’, ‘Rowdy Rathore’ and ‘Oh My God’. Kumar said, “I am not worried. I don’t have any kind of pressure. For me this film (Special Chabbis) is very important and this movie can be made in a certain budget.”

Akshay also said that every movie has a different budget, as well as a different set of audience. The actor added that the main reason he has decided to work for half his regular fee is the potential audience that will be watching the flick.

The movie will be directed by Neeraj Pandey of ‘A Wednesday’ fame. ‘Special Chabbis’ will be a heist drama, which will have Akshay, Kajal Agarwal, Jimmy Shergil, Manoj Bajpai and Anupam Kher in lead roles. Reports have said that the concept of the movie has been taken from a real-life story, where a man posing as a CBI officer executed an income tax raid on the Opera House branch of Tribhuvandas Bhimji Zaveri in Mumbai.