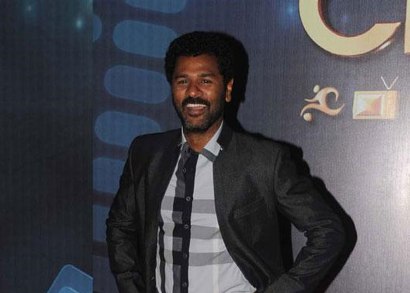 Veteran filmmaker and choreographer Prabhu Deva, is now all set to release his movie ‘Anybody Can Dance’, which will be the first 3D Telugu movie for the filmmaker. Earlier Prabhu Deva planned to dub the movie in Tamil and now the latest news is that the makers of the movie will also be dubbing the movie in Telugu.

This means that the upcoming dance movie will be released in three languages – Hindi, Tamil and Telugu. The movie stars Prabhu Deva and Ganesh Acharya in lead roles. The supporting cast includes the winners and participants of the dance reality show Dance India Dance. The movie is directed by choreographer Remo D’Souza and is said to be the most ambitious project for the choreographer-turned-filmmaker.

UTV chief Siddharth Roy Kapoor will be producing ‘Anybody Can Dance’. The music score of the movie has been penned by Sachin & Jigar and the movie is scheduled to be released on February 8, 2013. From among the stars of Dance India Dance, there will be a few familiar faces like Dharmesh, Salman Yusuf and Amar, among other crowd favorites. All the actors and characters will be showing off their individual style, including Prabhu Deva, who will be once again be performing the popular song ‘Mukakla’.