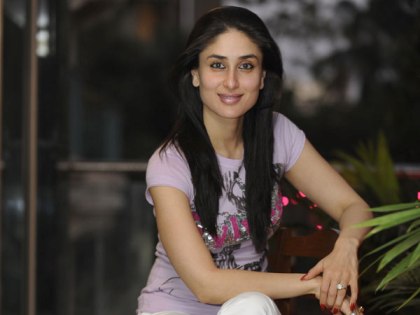 Fans of Bollywood actress Kareena Kapoor are always looking out for news from the actress, the latest being that she will be going back to a size zero. Kareena will slim down for her role in Karan Johar’s upcoming home production ‘Gori Tere Pyaar Mein’.

The ‘Jab We Met’ actress will be seen opposite Imran Khan in the new flick. The duo be together onscreen after the movie ‘Ek Main Aur Ek Tu’. Director Punit Malhotra will be directing the movie which is expected to go on floors in the month of March 2013.

Bebo said, “Punit wants me to look stylishly different in his film”. The actress also revealed that there are five songs in the movie which require lot of dancing. Kareena clarified that she will still be voluptuous, but her appearance will be more toned down and fitter, as she requires such a figure for her dance numbers.

Sources familiar with the development have informed that Kareena and Imran are going to rehearse for around 18-20 days before the shoot of the song begins. Babo has already started working on her look and said that after power Yoga, she has started doing Iyengar Yoga, which is more difficult. Kapoor recently performed in an item song for ‘Dabangg 2’, for which she was criticized for her weight.