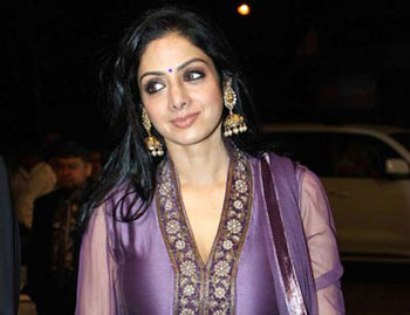 After a long wait, the sequel to the blockbuster movie ‘Mr India’ is finally happening. The good news here is that the actors in the original movie are being retained for the sequel as well. Actress Sridevi made a comeback to Bollywood with Gauri Shinde’s ‘English Vinglish’ and is now ready to star in the sequel to ‘Mr India’ along with Anil Kapoor.

Sridevi, in the original movie, had showcase her oomph factor with the sensuous song ‘Kaante Nahi Kat Te’. Filmmaker Boney Kapoor revealed some more information about the flick by saying, “Of course she will be a part of ‘Mr India 2’ along with Anil. We are yet to finalize the script but work is in progress.”

Reports say that the filmmaker is keen on making the sequel to ‘Mr India’ himself. Meanwhile, Sridevi also has another interesting project in her hand, which is a movie opposite South Indian superstar Kamal Haasan. Haasan said, “Yes, I want to work with Sridevi. I’m writing a script for her, so that both of us can act in the film.”

If everything goes according to plan, then the duo will be seen on screen after nearly 30 years . Sridevi and Kamal were last seen in the movie ‘Sadma’.