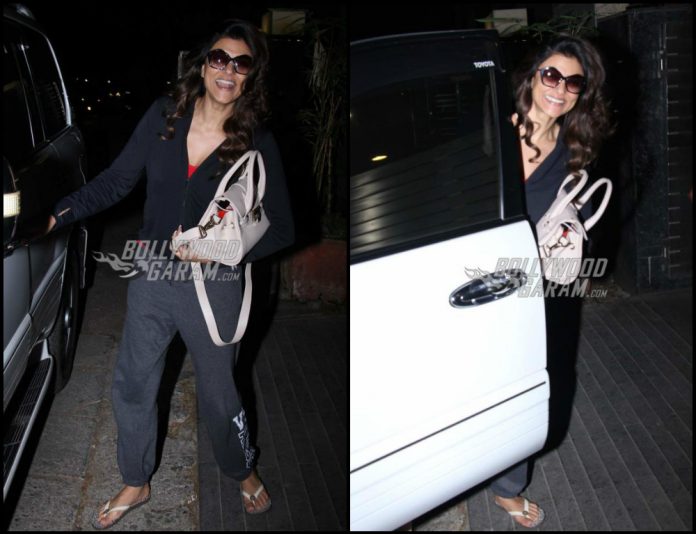 Life of Bollywood actors is indeed glamorous but when they are snapped off work, it is not always necessary that they remain in designer outfits. Actress Sushmita Sen was snapped yesterday, March 22, 217 in Mumbai as she walked out of a clinic.

Sushmita was seen at her casual best and did not shy away from smiling and posing for the shutterbugs as he entered her car. She was spotted wearing dark grey track pants, paired with a black hoodie, red T-shirt and flip-flops.

Sushmita was last spotted at Mumbai International Airport with her daughters as they flew back from a mini family vacation.

Though the beauty queen turned actress has been away from Bollywood for quite some time, she continues to inspire the younger generation with her deeds. Sushmita managed to win hearts a kicked off a major trends with her famous role of a sexy chemistry teacher in Farah Khan’s Main Hoon Naa. The actress also impressed audiences with her acting in the movie Maine Pyaar Kyun Kiya, in which she played the role of gentle nurse, opposite Salman Khan.