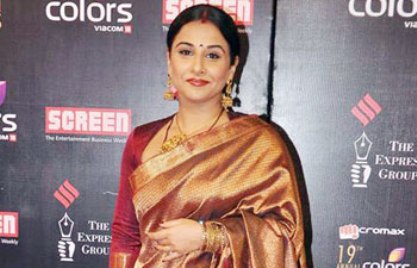 Bollywood actress Vidya Balan had put on around 12 kilos to essay the role of ‘Silk’ in her movie ‘The Dirty Picture’. However, now the actress is working hard to get back into shape for her upcoming movie ‘Shaadi Ke Side Effects’ with Farhan Akhtar.

Balan, in recent years, has been sweeping all the major movie awards and is also known for being plump. The actress said that she is proud of being on the fuller side and is not conscious about it. Recent reports have said that the ‘Kahaani’ actress has already lost 9.5 kilos in less than five weeks and has to lose another 2.5 kilos for the role.

The story is about the characters Trisha and Sid who were played by Mallika Sherawat and Rahul Bose in the first installment of the series called ‘Pyaar Ke Side Effects’. The sequel will have Sid and Trisha as husband and wife. As the title of the movie suggests, the husband and wife will deal with the problems of married life.