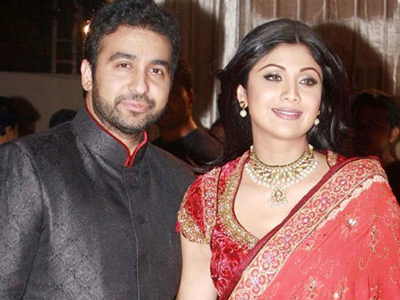 In some relief for the Bollywood actress Shilpa Shetty and husband Raj Kundra, their 9-month-old son Viaan has been discharged from hospital. Viaan was unwell for the past few days and was admitted to Hinduja Hospital in Mumbai for treatment.

The little one is doing well now and to everyone’s relief, he has been discharged. Shilpa revealed, “He had viral infection and we thought it was appropriate to admit him to the hospital. He was on IV ( Intravenous treatment).” The ‘Dostana’ actress was very worried as Viaan fell ill. She had even cancelled her appearance on the celebrity reality dance show ‘Nach Baliye’ to take care of her little son.

The ‘Life In A Metro’ actress Tweeted, “Been in the hospital since Sunday evening. My son Viaan hs been very ill. He’s better now. A distressing time for us all. The worst is over:) [sic]”. While talking about skipping the show, the actress said that she was grateful to Star Plus for understanding her plight.

Shilpa has now been replaced by veteran choreographer Saroj Khan. However, sources informed that the new judge has been brought for the time being and that Shilpa will soon be back on the show. Shilpa and Raj were blessed with a baby boy on May 21, 2012.