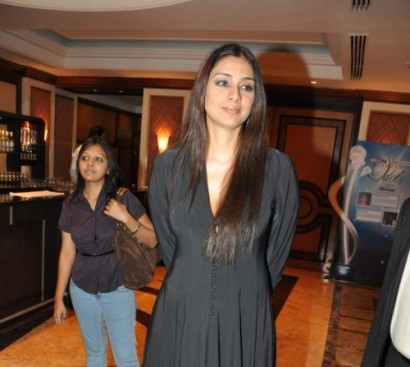 Bollywood actor Salman Khan is now all set to appear in Sohail Khan’s ‘Mental’ and after a long time actress Tabu will be seen in the flick. Tabu, in the movie, will be seen playing the role of Salman Khan’s elder sister.

The ‘Cheeni Kum’ actress was recently in news for the Oscar nominated movie ‘Life Of Pi’. Even in the past, the actress has shared screen space with Salman in movies like ‘Biwi No.1’, ‘Jeet’ and ‘Hum Saath Saath Hain’. The makers of the movie will make an official announcement soon.

Earlier, the makers were planning to name the movie as ‘Radhe’, but later changed it to ‘Mental’. The movie will also have Naseeruddin Shah playing an important role. The movie ‘Mental’ is a Hindi remake of the Telugu movie ‘Stalin’ and it was Salman who suggested that Tabu be signed for the role of his sister.

Sources familiar with the development said that Sohail had spoken to Tabu and Naseeruddin for two important roles in the movie. If the casting works out then it would be the first time the the trio will share the same screen space. Mental will have Salman playing the role of a good Samaritan.