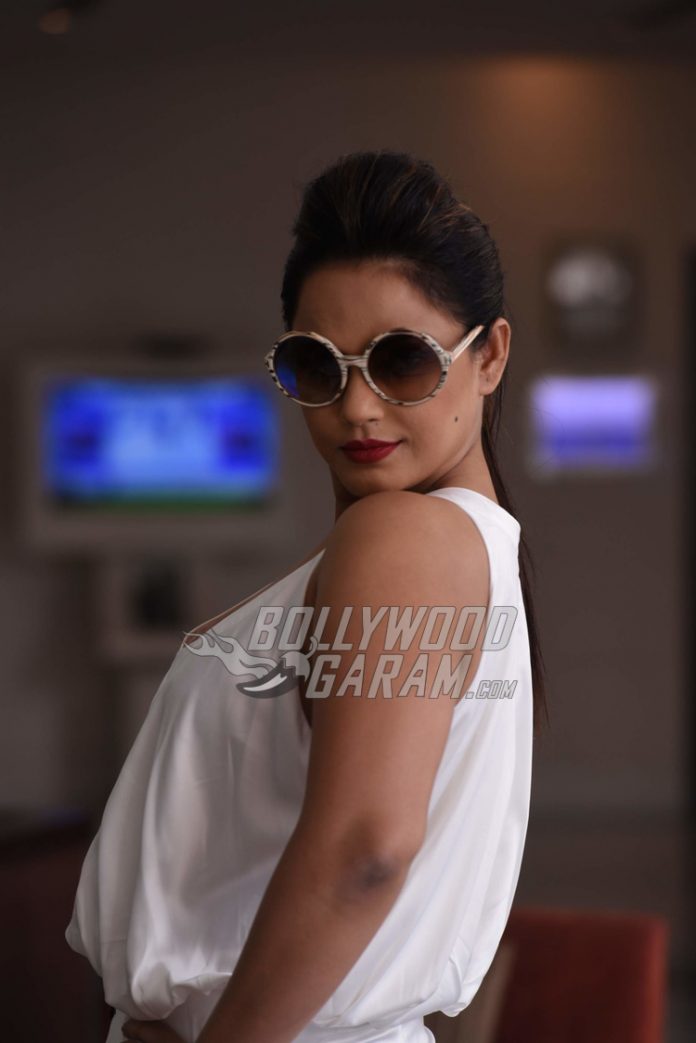 The ongoing IIFA Utsavam 2017 event in South India is attracting a lot of celebrities from all over India. And there was another beauty on the scene – none other than Garam Masala star, Neetu Chandra. The producer and actress took some time off to give the cameras some cool poses while at the event.

IIFA Utsavam 2017 is a spin-off the highly popular IIFA Awards that take place in Bollywood. The Southern version of IIFA is now in its second year, having been started only last year, in 2016. IIFA Utsavam is meant to honor and reward the best in South Indian cinema for the past year. Those involved with Tamil, Telegu and Kannada cinema make high profile entries at the event already.

The IIFA Utsavam 2017 is being hosted this year by none other than South Indian hunk, Rana Daggubati. The star is a huge sensation in the South, and even made his mark in Dum Maro Dum with Bipasha Basu. Daggubati will next be seen in this year’s most awaited period drama, Bahuballi 2: The Conclusion.

Another significant personality who made his way to IIFA Utsavam 2017 is none other than Oscar winner, A R Rahman. The celebrated music maestro dropped in at IIT Hyderabad to talk about the evolving musical genres in film. Check out Bollywood Garam’s coverage of A R Rahman at IIFA Utsavam 2017.

As for Neetu Chandra, she looked like a million bucks at the event. She donned a white sleeveless jumpsuit, paired with bright red lips and tangerine heels. Her sunglasses were on fleek! The star may usually keep a low profile, but she is known for her acting prowess. Chandra has contributed her talent to a number of South Indian as well as Bollywood films. One of her most memorable performances was for Traffic Signal. The star will next be seen in a Tamil film that is currently still filming.