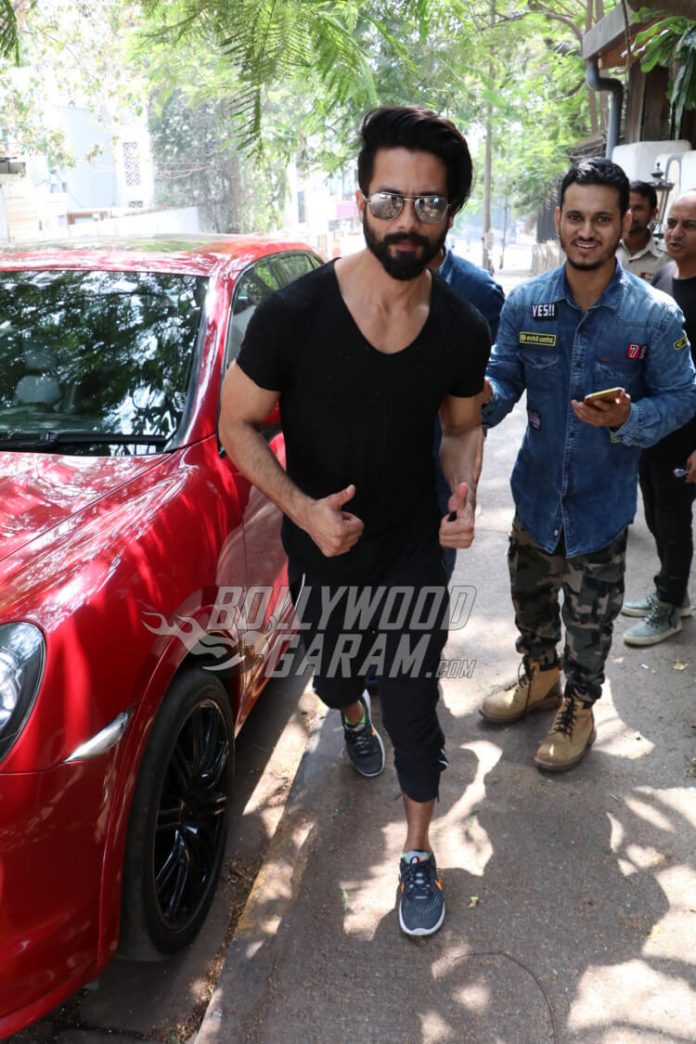 Is Shahid Kapoor looking for a new makeover this summer?

Bollywood actor Shahid Kapoor has always been a looker. Known as one of the most handsome stars in the industry, he just keeps getting better with age! The Rangoon actor was spotted yesterday at popular Mumbai suburb, Andheri. He was snapped with well-known celebrity hairstylist, Aalim Hakim. The latter has a number of salons across the city and is celebrated for his creativity.

Shahid Kapoor was seen in a black casual t-shirt and joggers, with a pair of sunglasses for the blistering summer heat. The star has been doing the rounds of popular spots in the city looking for a new home. He and wife, Mira Rajput want to bring up their growing young family in a friendly neighbourhood. Already the couple stay in a sprawling flat at Juhu, one that faces the sea. But they are setting their sites on one of the poshest localities of Mumbai – Pali Hill, in Bandra. Shahid and Mira are very much in love, as was recently displayed during the Hello! Hall Of Fame Awards.

Shahid Kapoor’s most recent film was Rangoon opposite Kangana Ranaut and Saif Ali Khan. The film didn’t do that well at the box office, but critics have given the thumbs up to the cast’s performance. He will next be seen playing a crucial role in the upcoming movie, Padmavati, directed by the legendary Sanjay Leela Bhansali. The film also stars Ranveer Singh and Deepika Padukone as the lead cast. Padmavati is an epic period film about Rani Padmini, who is the wife of Rana Rawal Ratan Singh, the ruler of Meerut. An opposing ruler, played by Shahid, becomes infatuated with the king’s wife and wages war to capture her. This should be interesting.