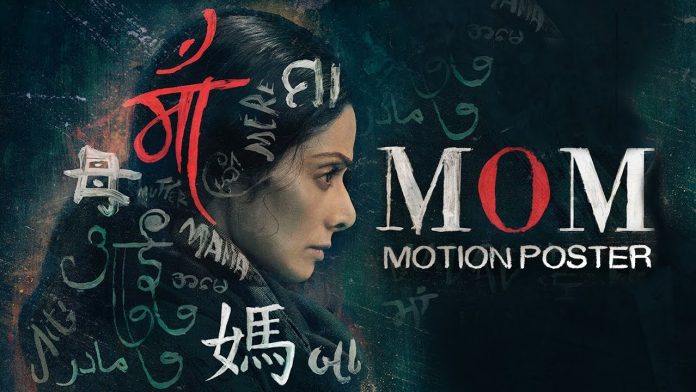 Sridevi returns to the silver screen with her upcoming movie MOM

Previously on Bollywood Garam, we had broken news about the release of MOM’s official movie poster. On March 30, 2017 the moster (motion poster) of MOM was released. Just like the the poster of the movie the moster too has taken the internet by storm. Nawazuddin Siddiqui’s intense voice over in the movie’s motion poster, will definitely move you, leaving you on the brim of curiosity.

Take a look at the Official Motion Poster the Sridevi starrer –

Sridevi’s comeback movie is an action thriller. While the movie’s storyline is still being kept under wraps, Sridevi’s intense expressions on the poster reveal that this one is going to be dark.

Sridevi is one of Bollywood’s most amazing and sought after actresses. She has proved her mettle in various movies. This is going to be one such movie too. Surprisingly its going to Sri’s 300th movie in her career spanning 50 glorious year!

MOM is set to release on July 14, 2017. Stay tuned for more updates on the movie exclusively on Bollywood Garam.