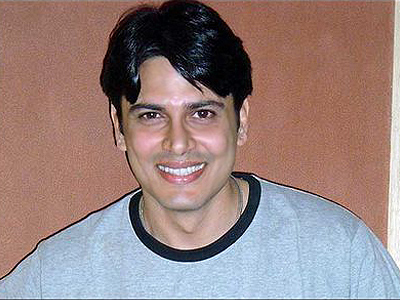 TV actor Cezanne Khan, who became a popular face with the series ‘Kasauti Zindagi Ki’, is now all set to return to the small screen. Khan will soon be seen in Ekta Kapoor’s next show, which is based on novelist Manju Kapoor’s book, ‘Custody’.

The news was confirmed by the actor himself, who said, “I have met Ekta to talk about the show, but nothing has been finalized yet. We are still discussing and I can only give an update after a week.” So if everything goes as per plans, then this will mark the return of the actor to the TV industry. The new series ‘Custody’ is based on broken marriages in a metropolitan city and is also about how children cope with the personal trauma. Sources from the production unit confirmed that actress Divyanka Tripathi will be playing the lead role opposite Cezzane.

Even Divyanka confirmed the news, but said that they were yet to sign the contract as talks were still in progress. The actress said that she was very positive about the project, meanwhile Ekta was unavailable for comment on the development. Cezzane, earlier appeared in the series ‘Kasauti Zindagi Ki’, opposite TV actress Shweta Tiwari. The series had run for long and had also become popular among the audience.