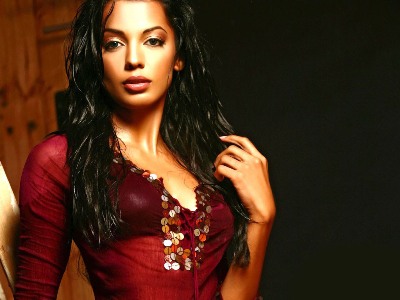 Bollywood starlet Mugdha Godse will perform her first ever item song in Saheb Biwi Aur Gangster Returns, a Tigmanshu Dhulia film. Sung by Paroma Dasgupta and composed by Sandeep Chowta, the song is a sardonic take on Indian royalty.

Mugdha is extremely enthusiastic about working with Tigmanshu Dhulia and has been wanting to for a while. According to the ‘Fashion’ star, when she was offered the song, she was on vacation in Goa and said yes immediately as she couldn’t resist the quirkiness of the item number. Mugdha claims to be a big fan of the first film SahebBiwiAur Gangster and is ecstatic to be associated with its sequel.

She recalls the shoot in Delhi under frigid conditions and how they had to stop midway due to the incessant rain. Mugdha absolutely enjoyed the experience and is glad her hard work paid off. When asked about the racy lyrics of the song mentioning the media, Tigmanshu replied that people today are more comfortable calling the media to expose a crime rather than the police. In the film, the item song is in celebration to the royal family having done something wrong.